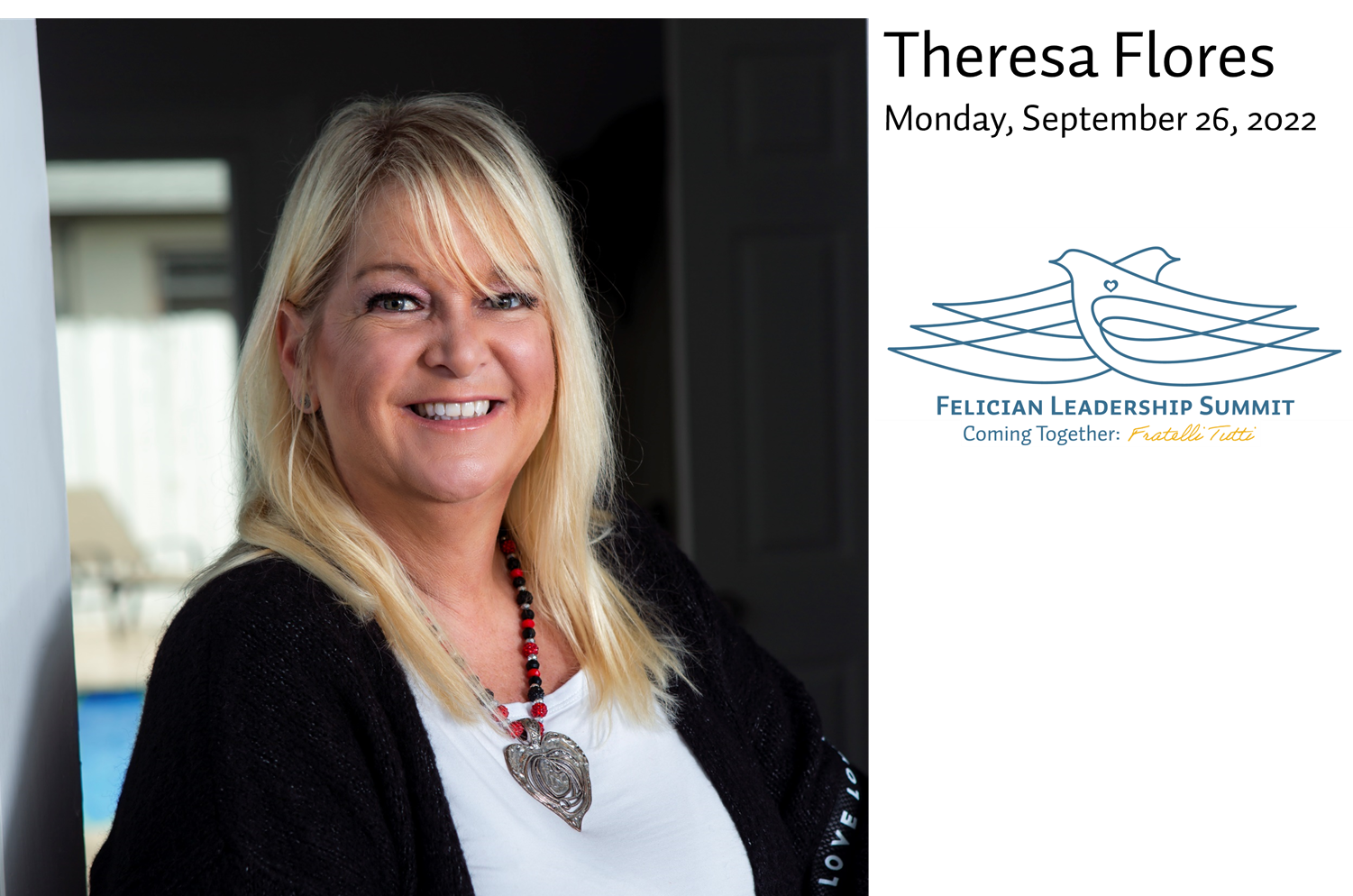 This event will include a presentation by Theresa Flores as well as an activity that engages partners in ministry to support the SOAP Project.

Theresa Flores mesmerizes audiences and brings them to tears.  She educates the public on human trafficking in the United States and shows how a person can endure horrific conditions and not only survive, but thrive.

Her speaking resume is extensive, having presented at TEDx, hundreds of universities, law enforcement trainings, medical personnel trainings, worked with the U.S. Attorney General’s office, testified before the Senate and House for several states. She is frequently a keynote speaker for conferences and fundraisers and been interviewed as an expert on numerous national television shows including The Today Show, MSNBC, CNN, 700 Club and Crime Watch Daily, For The Record and more.

Ms. Flores is not only a survivor, but also a licensed social worker with a master’s degree in education. Her education enables her to guest lecture at colleges, teach workshops and train professionals. She has published five books, two that have been on U.S.A. Today and the Wall Street Journal’s best seller lists. “The Slave Across the Street” received a nomination for an Audie Award, naming it in the top 5 of all biographies/memoirs. The 4.5 stars rated book is consistently among the top 10 on Amazon in Women’s Studies, Child Advocacy, Political and Social Science, Gender and Race Relations, and Family and Health Law. Recently, an award-winning documentary “The Girl Next Door” was made about her life story and activist work.

Her story is a heart wrenching, shocking, gripping, and incredible lesson on resilience. A story of an all-American teenager who survived two years of being a sex slave while living at home in an upper middle class Michigan suburb. She was stalked, intimidated, sold and broken in mind and body. Out of shame, guilt, and fear of what would happen to the rest of her family, Theresa stayed silent. Now, thirty years later, she speaks out on the reality of how this is a silent epidemic across the U.S. inner cities to upper class neighborhoods.

Not only does she tell a story of a woman who lived through terrible circumstances, but her presentations are also an important reminder that human dignity can rise above any circumstance and impact the world, both by changing people’s hearts and minds and by altering the laws of the land.

Ms. Flores has received numerous awards for her bravery in speaking out but also for her work in rescuing missing teens during major sporting events. She has received the “L’Oréal Women of Worth Award”, the “Courage Award” from Ohio Governor Kasich and has the distinct honor of having a law named after her in Michigan. The “Theresa Flores Law” has removed the statue of limitations for any trafficked or sexually exploited victim, making Michigan the only state in the U.S. that a person can prosecute their offenders at any time they are ready.